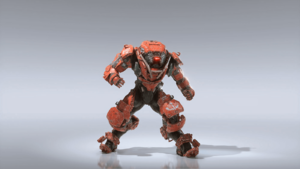 The Colossus is one of the several types of javelins used by Freelancers during their expeditions outside of Fort Tarsis. With its focus on damage mitigation and explosive power, the Colossus is a favorite among Freelancers who prefer a brute force solution to their problems. Whether you need the straightforward approach for a mission or you just like a little roomier fit, the Colossus is an amazing addition to your javelin arsenal.

The Colossus cannot use the two smallest weapon types, Pistols and SMGs, but is the only javelin sturdy enough to wield any of the Heavy Weapons.

Utilizing the incredible strength of the Colossus, these shoulder-mounted weapons are capable of dishing out punishment to enemies near or far (your choice).

The Colossus allows for the fitting of a number of wrist-mounted weapons that can complement its other destructive options.

As the preeminent battletank, the Colossus is capable of supporting its allies by decreasing incoming damage or diverting enemy fire toward itself.